In the culinary world, tapas means a selection of small plates in Spanish cuisine.

In the yoga world, it’s something else entirely. It’s one of the niyamas, or personal observances. In Sanskrit, tapas is literally translated as “heat.” Ashtangis often consider it the heat that is generated during daily practice. Tapas also means discipline, something that daily practice definitely requires.

Supposedly, the heat we create during practice is more than just physical. It’s spiritual. It’s a fire, into which we throw ourselves until nothing remains but God. That fire burns away bad habits, traumas, attachments, and anything that isn’t serving us. Practice and all is coming, yes, but also, practice and all is going.

This is pretty esoteric shit. My first instinct is to run away from anything that smells like new-agey, woo-woo nonsense, and this one reeks. But I’m on board for tapas and its purifying removal powers. Maybe it’s because of my 12-step work, much of which focuses on removing character defects. Or maybe I’m a product of old-fashioned puritanical America, so anything that sounds purifying seems like a good plan to me. Or maybe it’s because it works.

In a very practical sense, getting up and practicing every morning gets rid of laziness. The alarm goes off and I respond, because I know my day will be better if I practice than if I don’t. Left to my own devices, I would lay around and watch YouTube all day, eating cupcakes and potato chips. After practice, I’m focused, motivated, and ready to go. Thank you, backbends.

The discipline of practice also erodes fear. Going into halasana used to terrify me. My hips were over my shoulders, my short hamstrings were getting stretched to their max, and the floor seemed six feet away from my toes. Now, I can do halasana cold, while talking without missing a beat. I don’t even have to think about. Confronting that pose day after day in the early months of my Ashtanga practice paid off. Obviously, this process works off the mat, too. Confronting fear and discomfort over and over again eventually decreases the fear. The yoga mat is a different space than, say, the writers’ workshop room, but the lesson still applies (except workshop still makes me squeamish).

All throughout my practice, I’m confronted with things I can’t do. I can’t jump through with straight legs. I can’t bind my hands in Supta Kurmasana without assistance. I can’t float gracefully from trini to chatwari position. Think thunk, not float. I’m not being negative–I truly cannot physically do these things, at least not yet. I try them anyway. I try them over and over. I try them without achieving them, and I’m better for it. These little “I can’ts” will eventually turn into “I cans,” but they won’t get there unless I keep trying.

Each time, I came close. I was one of two finalists for a visiting professorship at a well-known liberal arts school. I was one of two finalists for the Desmond Tutu Center gig. I was also a top candidate for that position at the masthead of the news publication. Second place is awesome and all, but it doesn’t mean much when you’re looking for a job. 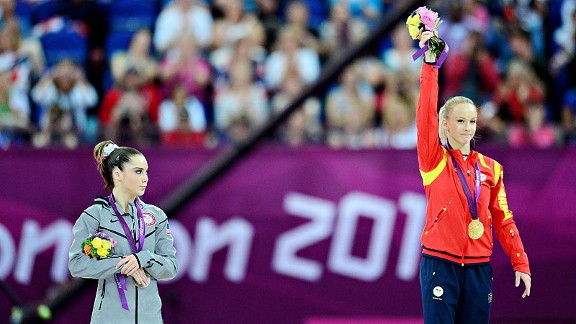 Instead of any of those gigs, I’m working now as an adjunct professor at two different universities. My coarseload is full, I’m making enough to get by (barely) and I love my students. I’m happier than I’ve been in any other job.

I didn’t get the jobs I thought I wanted, but I didn’t give up, and I’m still doing something that I love. I had the guts to keep pursuing a career path I wanted, even after the third, fifth, and tenth rejection. I don’t know that I would have done that four years ago. Faced with all that failure, I think I would have lost hope. Ashtanga yoga has burned away some of my fear of failure. I face failure every day in my practice, so it just doesn’t seem like a big deal.

I’ve quoted this line from 12-step literature here before, and I’ll do it again: “We alcoholics are undisciplined. So we let God discipline us…”

Through the tapas of Ashtanga yoga, I’m changing, and it’s for the better. I can’t wait to see what a few more years of disciplined practice will burn away.