My friend Scott takes my led Ashtanga classes at White Pine Wilderness Academy. He’s been a hardcore competitive runner his entire life, even through his battle with cancer. Prior to his diagnosis, he was working on qualifying for the Olympic Trials. 100-mile weeks and two-a-days were considered normal.

So yeah, he’s that type of runner.

That type of runner usually doesn’t go in for yoga, and Scott was no different. When he and his lovely girlfriend Laura started showing up regularly for my classes, I was pleasantly surprised. A side note about Laura: she has been an excellent student and I’m happy to call her a friend. She’s a fast learner, and she knows her limits in the yoga room but isn’t afraid to push them. Long story short, she’s a smart, independent woman both on and off the mat. She’s also a natural Ashtangi. You should see her Ardha Baddha Padmottanasana. 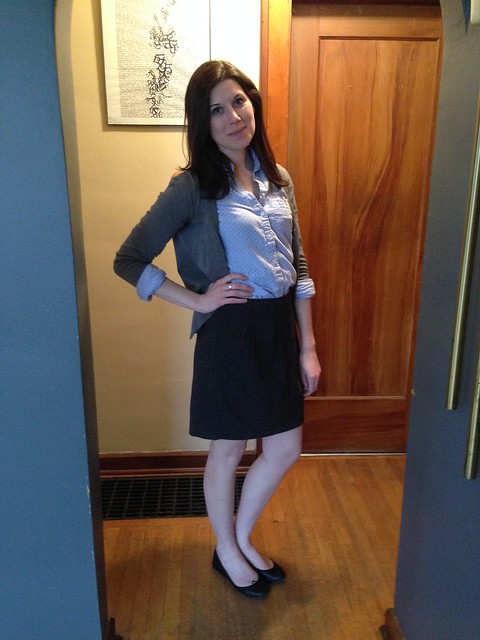 She’s also got style! This is all second-hand, believe it or not.

Scott, on the other hand, came with the typical flexibility issues and aches and pains that elite-level running tends to bring. But he also came with the athlete’s level of intensity and focus. He took this stuff seriously (maybe not as obsessively as I did when I first started) and put it into practice.

Guess what? Some of those aches and pains started to go away.

Today, Scott is prepping for a $50,000 fundraising run across the state of Indiana. He’ll run 50 miles a day (a day!) to get from top to bottom, all while hauling his supplies himself on a gadget like this. I couldn’t have been prouder than when I saw his most recent video about the effort.

That’s right. He’s going to incorporate poses from Primary Series into his daily routine to prevent injury and keep him healthy.

Ashtanga Yoga is going to be a small part of his mission raise $50,000 for Family Reach, an organization that helps cancer patients and their families manage finances during treatment.

So he won’t necessarily be doing the poses in order, nor did he learn them in a traditional Mysore room. Pattabhi Jois would probably call him a bad man. But he would smile as he said it, because Scott is practicing both physical and non-physical yoga, and it’s doing good things all around. Scott is practicing, and all is coming. I think Guruji would be pleased.